Fabulous Disaster (aka Take Me In) 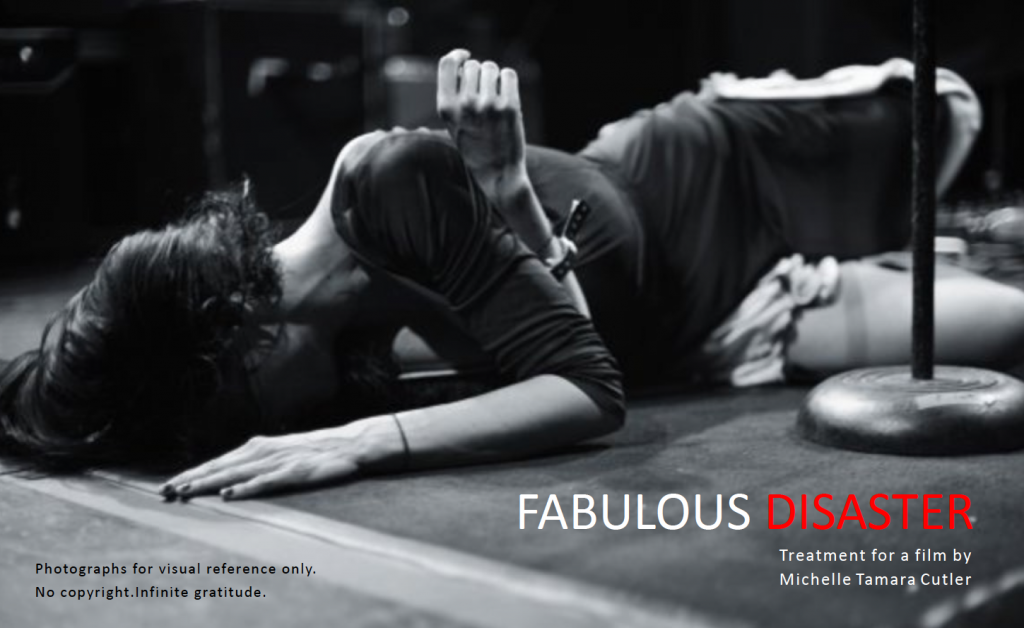 A ‘better late than never’ coming-of-age story about a woman’s reckoning when self-delusion is stripped away. Once an iconic musician with a fabulous creative and social life, Juliet is now washed up, alone, approaching 40 and battling opioid addiction in Los Angeles, She mistakes a call from her former manager as an opportunity to get back in the spotlight, which turns the last three days of her life into a roller coaster of survival, salvation and sacrifice.

At its core, the story exposes the modern struggle for survival in the age of depression, a subject that has eluded understanding for centuries and leaves so many disenfranchised. We are seeing a surge of suicide and overdoses. Even those who “have it all” aren’t immune. And then, there’s the real internal battle with addiction, an ongoing epidemic that baffles the mind until you consider that crack cocaine, heroin, mood balancers and opioids are all produced and distributed with the intent to sell big. I’m not making a political film, but I do know that addiction is both personal and systemic. You cannot have one without the other. I don’t consider drug addiction a plot device that gets your character in trouble. That’s too simplistic. Addiction is a relationship, a shadow, and just like an itchy sweater, you still put it on when you’re cold.

The film is set in a cast-off world that survives on the fumes of California glamor and optimism, more specifically the music industry. Our lead character, Juliet, is an amalgamation of iconic musicians whose fame ultimately destabilized them. It’s like the lifestyle that everyone seems to want, the one that promises not only material wealth but also social validation, is the most poisonous of all. The one that spits you back out onto the streets, homeless, friendless, and fame-less. There’s a feeling of paradise lost amidst a manicured façade.