Tales from the Boom-Boom Room 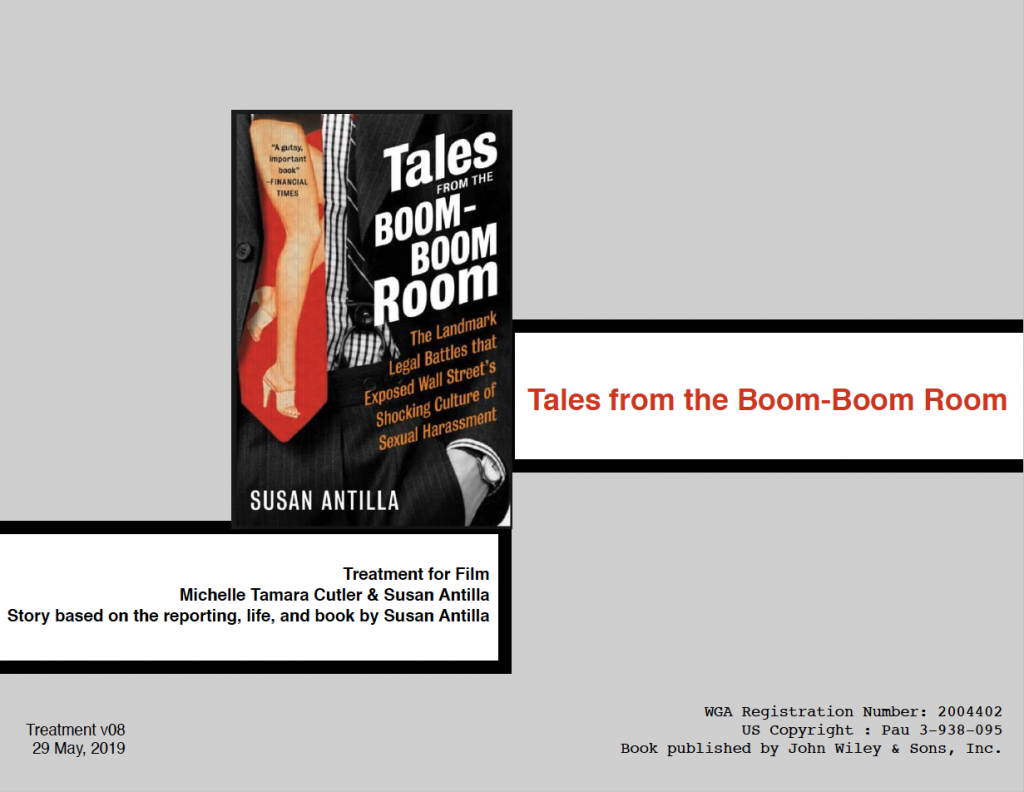 The true story of a reporter who risks her professional reputation and family life to expose sexual discrimination and its systemic cover-up on Wall Street. An ambitious investigative reporter and single mother doggedly reports on the uphill battle waged by women plaintiffs against a Goliath in the financial industry. She fights to write her book on the infamous “Boom Boom Room” sexual discrimination class-action lawsuit, which she dedicates to her adopted son whose undiagnosed bipolar condition she must also learn to understand and manage throughout.

In 2016, I read Susan Antilla’s 20th anniversary follow up story in the NYT about the historic class action sexual discrimination lawsuit on Wall Street, a story she first broke in 1996 and subsequently wrote about in the book, “Tales from the Boom Boom Room.". This was during the nasty presidential campaign season, and the fact that things hadn’t really changed all that much made it the right time to tackle the subject.

I want to turn the clock back to a time before Twitter and TMZ and shine a light on how far we have and haven’t come. The story is about finance/greed and sexual harassment/discrimination, but it’s also about the way these things are ingrained in our culture in the subtlest of ways. The journalist, acting as the audience, relentlessly searches for the answer to, “Why?” When Susan Antilla first broke the story, she doggedly researched every single claim and lead. There were so many powers-that-be news organizations against it, whereas now, we’re seeing reports about sexual discrimination published almost daily (thank goodness).

A story like this can be divisive once public, and therefore has to be pitch perfect. There can be no one in the audience thinking, “Women always blame men for their failures,” or “Men are so evil.” There has to be much more complexity in the film, as well as a wealth of fact. And, like every good movie, it has to be entertaining, dramatic and worthy of our emotional investment.